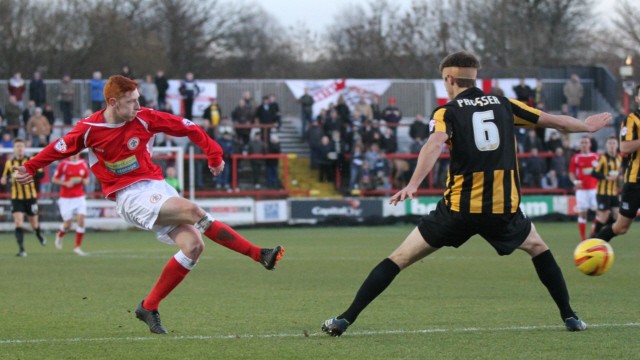 Midfielder Michael Richardson has returned to parent club Newcastle United after his loan spell at the Store First Stadium came to an end.

The 21-year-old joined the Reds for an initial month in August and made his debut in the opening match of the season at Newport County.

He has gone on to make a further 17 appearances for the club, including in yesterday’s 3-1 defeat at Fleetwood Town.

His loan deal expired today and he has  now returned to St. James’ Park.

Everyone at Accrington Stanley would like to thank Michael for all his efforts and wish him all the best for the future.