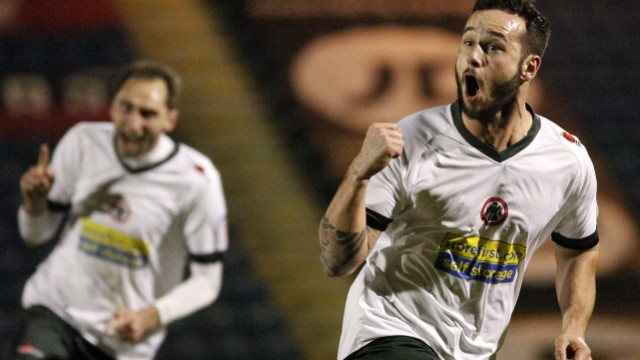 Returning Molyneux Hungrier Than Ever

New Stanley signing Lee Molyneux isn’t worried about any potential expectations on him as he makes his return to the Store First Stadium.

The 24-year-old scored eight goals in the last 12 games of last season to help the Reds stay in the Football League but isn’t getting too concerned about supporters wanting more of the same from his loan spell.

“I don’t mind a bit of pressure and some expectations,” explained the midfielder. “Pressure on me to score goals is a good, positive pressure and shows that people believe in my ability to put the ball in the net. Grabbing a few like I got last season would definitely be nice!

“I’ll have to work hard to get into the team but if I can I know the qualities I have and hopefully I can turn them into good performances and points for the team. Some things will happen, some won’t but I’ll be giving it everything on the pitch to make things happen.

“I hope that the supporters also remember the times last season when it wasn’t just about the goals. I think I had good performances when I didn’t score and I made things happen from on the wing, getting crosses in and assists for other people to score.” 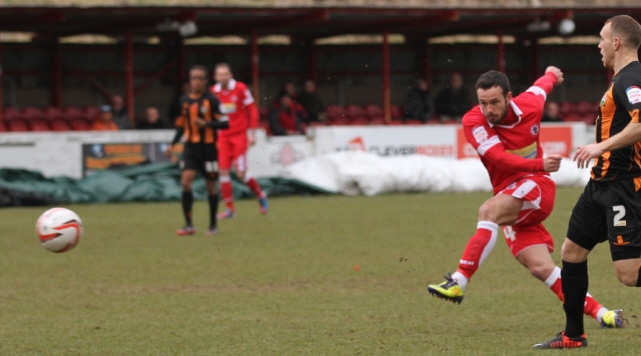 Molyneux last started a game for parent club Crewe in October and admits that things haven’t gone to plan at Gresty Road but feels that could be a positive omen for his time at Stanley.

“It’s been tough to go from playing so regularly last year, especially towards the back end of the season, to being in and out. I just feel like I need a run of games and that’ll build some confidence and hopefully good performances on the pitch.

“Not playing does make you hungrier. Ultimately a player trains from Monday to Friday but the main day of the week is game day and that’s what you look forward to and prepare for. The night before you’re building yourself up for the game and I’ve missed that. It’s been tough but hopefully I’ll get some games here and get that feeling back.”

But don’t expect to see a different Lee Molyneux should he be given the nod against Bury at the weekend despite his experiences away from the club.

“Nothing has changed with me,” he said. “If the ball drops to me 30 yards out, I’ll be having a go! I did score a lot from range last season and I don’t think that’s a coincidence because I work hard on my shooting and my set pieces. I’m still working hard on them and hopefully there are more to come.”