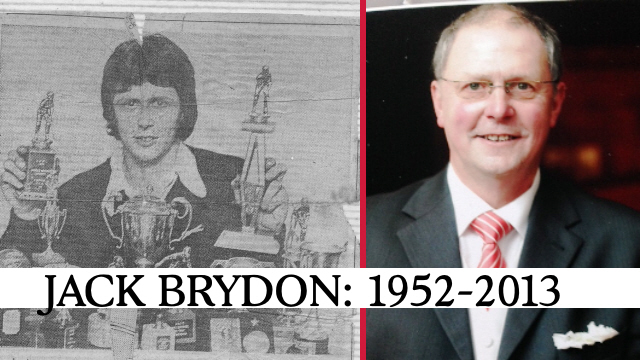 All at Accrington Stanley were saddened to hear of the passing of former striker Jack Brydon this week.

Jack was the son of former Stanley player Ian and signed for the club from Altham in 1975, going on to be part of the successful side of that period, making over 100 appearances for the Reds.

At this time the trophy for the club’s top goalscorer was named the Jack Brydon Trophy.

He left the club as a result of knee injuries which continued to plague him when he took up golf, something which he continued to do regularly until he passed away.

The thoughts of everyone at Accrington Stanley are with Jack’s family at this difficult time and from this season the club’s top goalscorer will once again receive a trophy in his name.