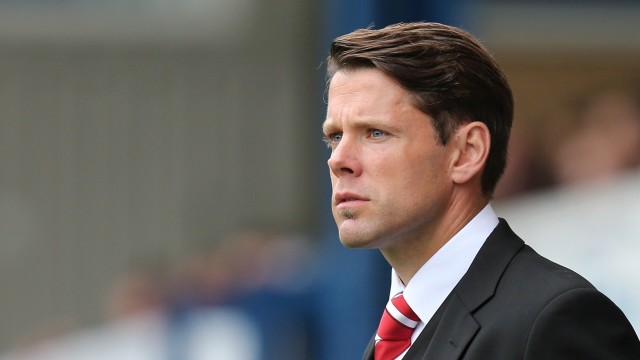 James Beattie is calling for his team to recreate some of their recent performances at Cheltenham this afternoon but avoid being forced into another rousing comeback.

The Stanley manager has seen his side concede the first goal in six of their last seven games but they have gone on to only lose two of those matches.

Now Beattie’s hopeful that they can stop giving themselves extra work to to.

“If we can just stop giving teams a head-start and a goal lead then that would be great!” he laughed.

“I might stop saying ‘get off to a good start’ then they might start doing it but it’s something we’re working on together.

“We’re here to be tested and we’ve got a definite test away to Cheltenham. We’ve got to get it through to the players to get back to winning ways.

“The draw against Southend was a great result because they’re probably the best team we’ve played this season but then it’s about picking them up after a game we should have won last Saturday against Newport.”

The boss has lost the services of full back Lee Naylor this week after the 33-year-old’s commute from the Midlands became too much and his contract was terminated by mutual consent, meaning their will be at least one change to the Stanley side at the Abbey Business Stadium.

Beattie admits he has limited scope for reinforcements but is happy with the squad he’s assembled to date at the Store First Stadium.

“Sometimes it’s frustrating, I’m not going to lie, but it is what it is and we’ve got to make the most of what we’ve got. A lot of people have got a lot of nice things to say about the players and about the club.

“I keep saying if we’d have got off to a better start this season then we’d, be pushing for a play-off place now.”