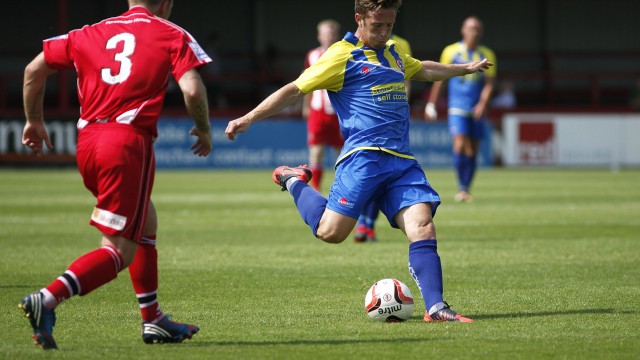 The 22-year-old extended his recent loan spell at the Exacta stadium for a further month last Friday.

Chester have won back to back matches since new manager Steve Burr’s arrival last Saturday and Miller says he feels he made the right decision to remain at the club.

“It was a mutual decision between James Beattie and myself so I could go out and gain some fitness and confidence,” he said.

“I owe a great deal to the former Chester manager Neil Young who brought me in and Gary Jones who helped me sort out my extension.

“I’m really enjoying working with the new manager with what I’ve seen so far and we hope his experience in non-league football can see us over the line.”

Following Tuesday’s win at Woking, Chester now lie a point above the Skrill Premier relegation zone with a game in hand over nearest placed Southport.

Despite boasting a reputation as one of the bigger clubs in the Conference, the reformed Blues remain a part-time outfit.

And Miller insists his goal is to return to the Store First Stadium and establish himself in the first team.

“I know I need games and it’s great to get some experience,” he added

“The facilities at Chester are the same as at a Football League club and I enjoy working there.

“But my main goal is to return to Accrington and hopefully push on.”