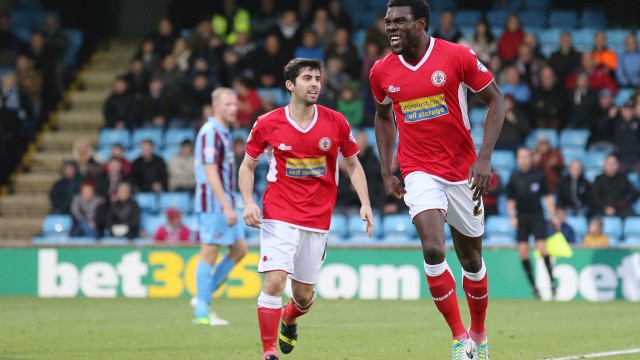 The Big Man is Back!

Kayode Odejayi has returned to Accrington Stanley, signing a loan deal from Rotherham until the end of the season.

The striker’s previous spell at the Store First Stadium, which ended in December, saw him make eleven appearances and score four times.

Now the once capped Nigerian international is back and he couldn’t be happier.

“I had to think about it for about 0.2 seconds!” he said. “I enjoyed my first spell here and got on really well with everyone, from the fans to the staff and the players and it just felt right to come back and see through what we started earlier in the season.

“The lads have only lost one in the last four and I think that stands us in good stead for the end of the season.

“I’m really looking forward to making a contribution to a successful 2014. As I said, the boys are going really well so I might have to bide my time to get back in the team but that’s understandable and hopefully I’ll get some time on the pitch soon.”