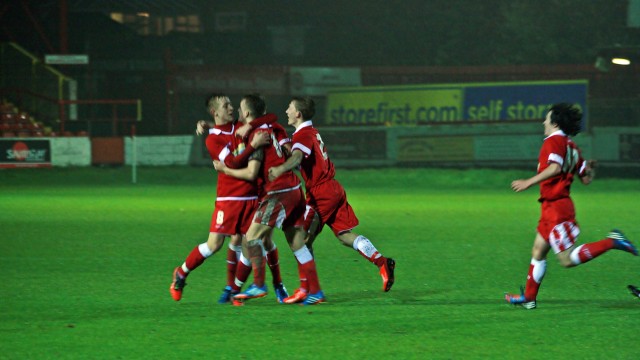 “It was a great occasion for the club, the supporters and Accrington as a town.”

After a fantastic win over West Ham in the third round of the FA Youth Cup, the officuial website spoke to Academy Manager Keith Brown to capture his feelings after a special victory.

“Credit to the team tonight, they’ve worked very hard for the result, we knew West Ham would pass the ball about well but It was all about us as a team,” he said.

“Keeping the shape, keeping compact and when we did have chances we had to be clinical because we knew wouldn’t have a lot of them. 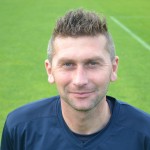 “We kept saying to the players prior to the game that it’s going to take one or two goals. As long as we were switched on and defended well in the right areas as we did do tonight we knew we would get one or two chances which we did.

“I think always you must believe in what you do because if you don’t do then what’s the point in doing it? We’ve always tried to instil that within the team; belief, confidence and a good work ethic.

And after leading the Reds to the Fourth Round for the first time Brown admitted the achievement was yet to sink in.

“It hasn’t really no,” he admitted. “I think I’m still trying to come down from the actual result. I’m sure later on tonight when I think things over and reflect, I’ll realise really how important this result was for the club.”

After a great performance against a Premier league opposition, he revealed how important games like this are for the players’ development.

“We always keep saying that it’s important to try and test yourself against so called better opposition and tonight, West Ham came up to Accrington and I’m not too sure if they thought it was going to be a walk in the park or not. Certainly we didn’t think that and we were well prepared and organised.

“Credit to West Ham, they’re a fantastic club and throughout their past history they’ve always produced some very good players from the academy. They had some good players out there tonight, but as I’ve said previously, we’ve got some good players as well. We’ve got players that are hungry, that want success and if we keep helping them, giving them that education, that platform, then I’m sure they’ll go on and be successful.”

The Academy boss also spoke about the draw for the next round which takes place on Friday and how people would be talking about ‘little Accrington Stanley.’

“I’m hoping that they do keep talking about us as ‘little Accrington Stanley’,” he said.

“It’s not a bad thing to be the underdogs, it’s nice to go to these so called big clubs and try surprise them but we won’t be under any illusions.”

“We know that there’ll be some top teams in the next round and we’ll give them 100% respect as we do with every team we play against, but we’re quite confident in our own ability.”