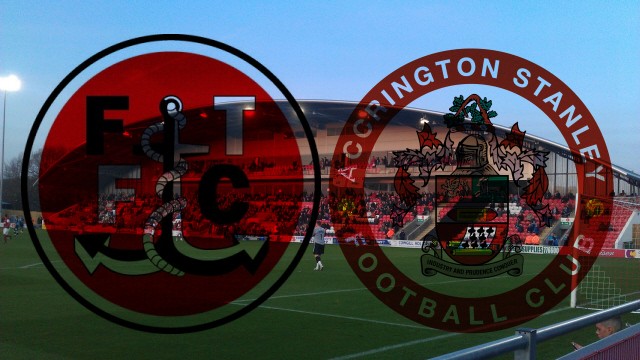 Fleetwood were originally formed in 1908 and were crowned Lancashire Combined Champions in the 1923/24 season. The club then became founder members of the Northern Premier League in 1968, before having to fold due to financial difficulties in 1976.

In the 2011/12 season the Cod Army were promoted to the Football League for the first time in their history. The club then finished in 13th place in the League Two table in their debut season last season.

42 year old Alexander is currently in his first full time management role at Fleetwood. Prior to joining the Cod Army, Alexander had a five game spell as caretaker manager of Preston North End.

Prior to being a manager, Alexander had a very successful playing career, appearing in over 800 professional matches for Scunthorpe United, Luton Town, Preston North End and Burnley. In two separate spells at North End, Alexander made 372 appearances and scored 54 goals for the club.

24 year old Ball started his career at Manchester City and is in his second season at Fleetwood. Ball has so far scored seven goals in 22 appearances in all competitions this season and has netted 10 times in 50 appearances during his time at Fleetwood.

During his time at Manchester City, Ball made 18 appearances and scored two goals in a loan spell at Swindon Town, before signing for Peterborough United. While at Peterborough, Ball also had a spell on loan at Rochdale. 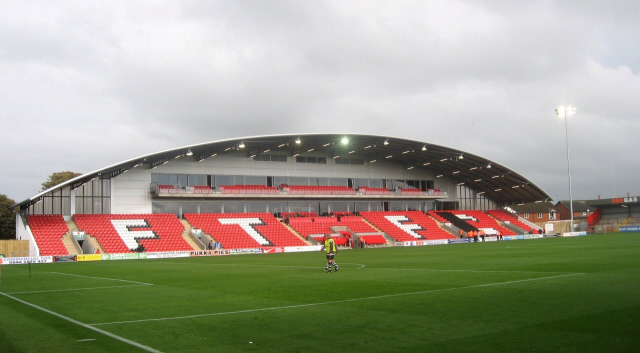 The original 1908 club played at the Euston ground and the Queen’s ground before moving to their current home, Highbury Stadium in 1939. The current capacity of Highbury is 5311, and the record attendance inside the stadium is 6150, which was set against Rochdale in the FA Cup First Round in 1965.

This will be only the fourth Football League meeting between the sides, with Stanley having two wins to Fleetwood’s one so far.

The last meeting was just over a month ago when the Reds won 2-0 at the Store First Stadium thanks to goals from Danny Webber and Kayode Odejayi.

The Reds also won at Highbury last season, with James Beattie, George Miller and Rommy Boco all netting in a 3-1 Stanley victory.

Town currently sit in eighth position in the League Two table. They have so far won five, drawn two and lost four of their 11 home matches this season.

Sunday’s game with Wycombe was postponed due to frozen pitch, meaning that the Cod Army come into the game having lost their last three matches.

They’ve lost just one of their last six games away from home, at Northampton, and have won at Mansfield, Morecambe & Scunthorpe.

James Beattie’s side remain 18th, three points from the relegation zone and three behind 15th spot.

Striker Jamille Matt is a long term absentee with an ankle injury but other than that Graham Alexander has a virtually fully fit squad to choose from.

They could elect to select the same side that should have started at Adams park had that game gone ahead.

Stanley have no new injury concerns ahead of the game, with only bumps and bruises being nursed over the festive season.

It could be the last game for midfielder Michael Richardson, whose loan from Newcastle expires on 2nd January.