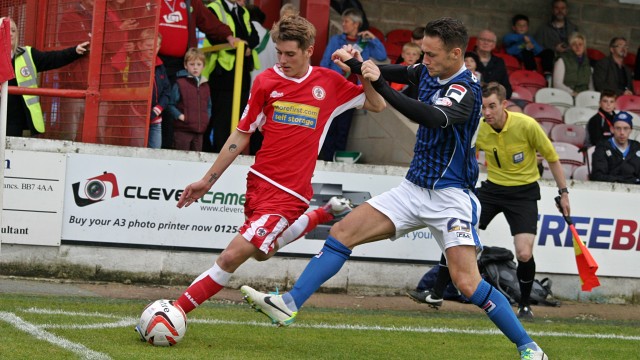 A compensation package has been agreed between the two teams under the terms of the Elite Player Performance Plan.

“The compensation package with Rovers is confidential but I would say that both I and Derek Shaw at Rovers feel the deal is very fair,” said Stanley Chairman Peter Marsden. “I would describe both clubs’ position as ‘speculating to accumulate’. Throughout every stage of Connor’s career at Rovers (and even beyond) Stanley will potentially benefit quite handsomely and from Rovers’ end they have a local lad with a great career ahead of him.

“I cannot praise highly enough the sheer hard work, aptitude and foresight Keith Brown, Dmitri Lavrinovic, Dave Fitzgerald and Duncan Fearnhead have put in to enable the fortunes of our Academy and youth set up to be turned around so impressively. We believe that there is a lot more talent being nurtured at the club.”

The 16-year-old has made six appearances for the Reds this season as well as playing a big part in the youth team’s successful campaign.

“Connor is perhaps a standout player in an excellent group of Academy players,” he said. “He’s played League football and withstood it even though he hasn’t physically matured yet. He’s a very astute young man who knows what he wants and when the interest first arose from Blackburn I let him know straight away. I believe that’s right, we looked after him and Blackburn have been spot on throughout the negotiations.

“It’s not just been about getting the best financial deal but also the best deal for Connor. It’s a massive club and we didn’t want him to just get lost in the system. I think he’s good enough to do really well there. He’s a fantastic young player and I’ve spoken to Gary Bowyer at length about him and I may well be knocking on his door to get Connor back on loan in the future.”

Everyone at Accrington Stanley wishes Connor all the best as he embarks on this new chapter in his career.