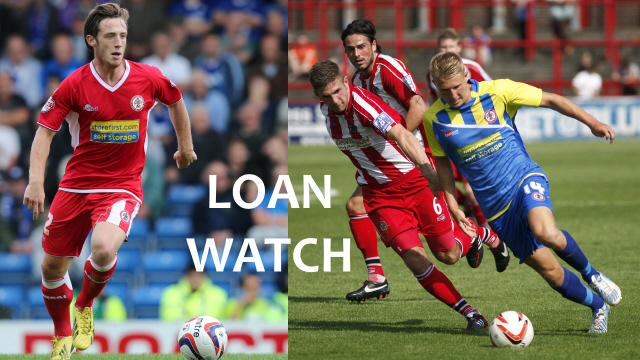 It’s been a week of mixed fortunes for Stanley’s loan players in their respective leagues.

Marcus Carver suffered his first defeat at AFC Fylde as they were defeated 2-0 by FC United of Manchester on home soil.

Despite the result, the Lancashire side remain three points ahead of United in the Evo-Stik Premier League with the same number of games played.

Meanwhile, George Miller’s Chester had a week off with Skrill Premier sides in FA Trophy action.

The Blues take on Lincoln City at home this weekend and then face Southport on Boxing Day and New Year’s Day in a double header at the foot of the Skrill Premier table.