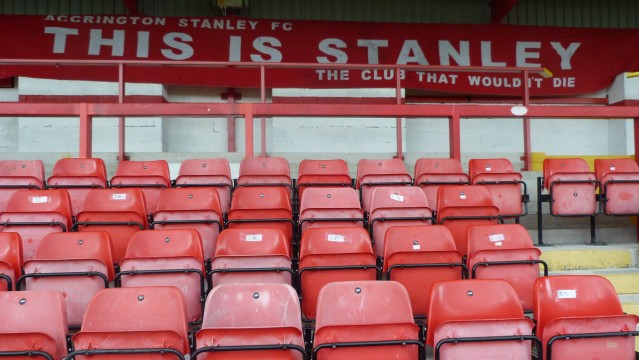 Coming Up at the Store First Stadium

Just because there is no first team fixture this weekend doesn’t mean there isn’t plenty to look forward to in the world of Stanley in the near future.

The Store First Stadium hosts three big games in the next eight days, starting this weekend.

James Beattie’s team might not be in action on Saturday but Keith Brown’s Under 18’s are, hosting Preston North End at the Store First Stadium at 11am. Why not come down and lend your support? Admission is just £2 for adults.

Then on Tuesday 10th the youth team make history with the club’s first FA Youth Cup third round tie against Premier League opposition in the shape of West Ham.

After seeing off Carlisle and Ilkeston already can the young Reds pull off a shock and make it to round four? Kick off at the Store First Stadium is 7pm, admission prices are £5 for adults, £3 for concessions and accompanied U12’s are just £1 – the official website will have all the build up ahead of the game.

Then on Saturday 14th the first team return to centre stage with a huge League Two fixture against Exeter City. This is a category B game and more details will be on the website in the run up to the game.