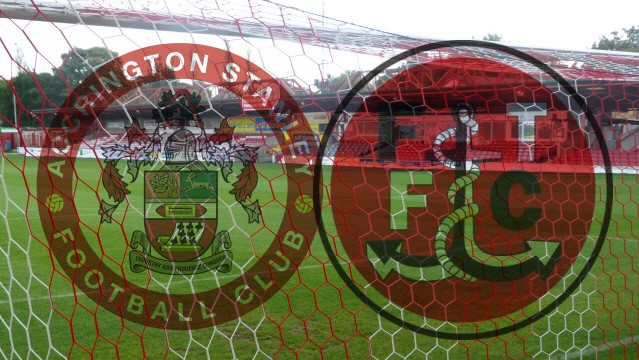 Fleetwood have a long and eventful history which dates back to 1908 when the original club was formed. There have been many highs and lows for the Cod Army over the years from promotion and cup success to liquidation and reformation.

The current incarnation was formed in 1997 but the original club was in the Lancashire Combination from 1908 and was a founder member of the Northern Premier League in 1968.

Two further town teams followed in that original’s footsteps but despite good success and progress up the non-league pyramid they were plagued by financial problems.

The current club started its rise from the Northwest Counties League in 1997 and in a relatively short space of time have made it all the way to the Football League, playing their debut League Two campaign in 2012/13.

Manager Graham Alexander is a Lancashire football legend from his playing days with Preston and Burnley. In his career he amassed over 1000 appearances.

He lead the Cod Army to 13th place in their inaugural League Two campaign and has since gone on to prepare them for a push for promotion this year.

Fresh from a hat-trick over Mansfield Town in Saturday’s dramatic 5-4 victory, attacking midfielder Sarcevic will certainly be a big threat to Stanley’s defence.

After being released from the youth academy at Crewe Alexandra by Dario Gradi, Sarcevic signed for Chester where he established himself as one of the most exciting prospects outside of the Football League.

Scored 17 goals during his time at the Deva Stadium and was also picked to represent England’s C team on numerous occasions. He scored just three minutes into his debut for the non-league national side in friendly with Bermuda.

Accrington Stanley and Fleetwood Town have only met on two occasions in the Football League and they were last season.

Honours are even so far, with the Reds winning one and the Cod Army the other.

Last November Stanley travelled to Highbury and returned with all three points thanks to goals from James Beattie, George Miller and Rommy Boco. Jamie McGuire responded for the home side.

Fleetwood then exacted revenge in March with a 3-0 win at the Store First Stadium. Striker Jon Parkin bagged all three goals for the visitors.

Stanley are now unbeaten in their last seven league matches and have won their last two against Scunthorpe and Torquay.

They sit 20th in League Two, three points from the relegation places three points behind Portsmouth who are 18th.

Graham Alexander’s side have won four of their last five matches with the only defeat coming at Northampton Town two weeks ago.

They’re currently fourth in League Two, just one point off the summit.

The Stanley boss will be forced into one change though, with full back Nicky Hunt suspended after he picked up his fifth booking of the season in the win over Torquay.