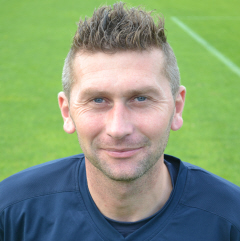 Keith Brown was pleased with the way his side reacted to going one goal down to Carlisle United on Saturday, and felt they deserved more than just a single point.

“I thought it was a game of two halves, in the second-half I thought we really pinned Carlisle back and they couldn’t really get out.” He said.

“We had chance after chance, hit the crossbar, hit the post and had a couple cleared off the line.

“I think everybody in the stadium today would agree that the three points should have come to us.”

The result leaves Stanley unbeaten in over a month and Brown believes his players know what they have to do to keep the run going; “Everyday we keep reminding the players how important it is to work hard.

“If you work hard you will get the reward and that’s basically what we are trying to achieve.

“It will be up to the players to keep this momentum, keep this belief, keep the organisation and I always believe if you work hard you will get results.”