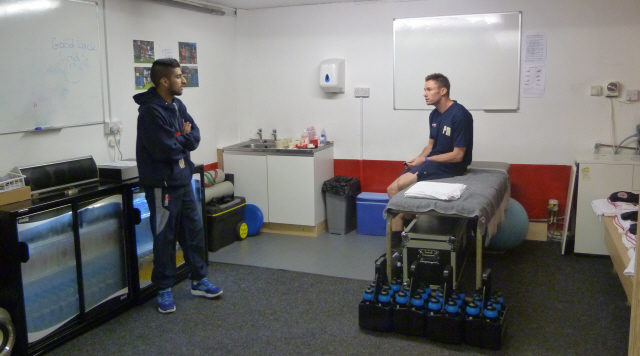 James Beattie is hoping to have a selection dilemma ahead of this weekend’s trip to Northampton Town.

Nicky Hunt is back in contention after serving a one match suspension for Tuesday’s win over Fleetwood, with Michael Richardson filling in for him at right back.

And Beattie could also have positive news on the injury front with a number of players returning to training.

“Rob Atkinson is close to being fit after his hamstring injury and Laurence Wilson is back now,” said the manager.

“Andrew Dawber has undergone some minor groin surgery. He’s a great lad and we wish him well. He’s only likely to be out for about three or four weeks.

“Lee Naylor is back now. He’s been going into his old club Wolves to get some treatment. He’s had a little bit of bone bruising on his foot. I think he might have a bit of a job on his hands now because Michael Liddle has been exceptional in the last couple of games.”