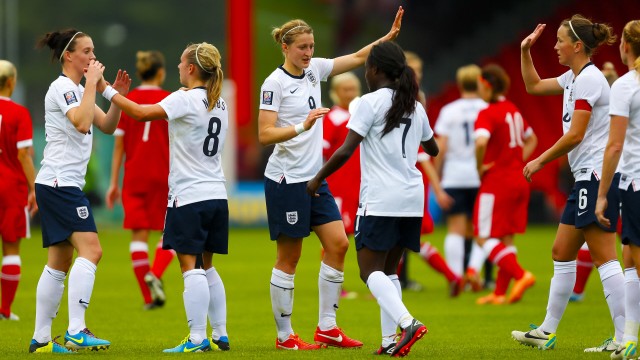 Boost for Women’s and Girls’ Football

Accrington Stanley Community Trust are delighted to announce we will be receiving funding for a minimum of 1 year to increase participation in women’s football.

For the first time, The FA and Sport England are joining forces with the Premier League and The Football League to provide new grassroots women’s and girls’ football sessions for 14-25 year olds with professional clubs across the country through the new FA Women and Girls programme.

The joint new FA Women’s and Girls’ programme, with an investment of over £2.4m over the next two years from Sport England funding, will see Premier League and Football League Club Trusts deliver season-long coaching programmes,  aiming to reach over 40,000 new female players into the sport. This is the first time The FA, Premier League and The Football League have worked together to deliver a grassroots women’s football programme.

It is hoped that the will programme will help drive participation figures for women’s football and enable the sport to become the second largest team sport in the country behind men’s football, a key objective of The FA’s “Game Changer” strategy, a five year plan launched in October 2012.

The FA’s General Secretary, Alex Horne, said of the announcement: “This is a fantastic initiative which sees The FA, Premier League, Football League and Sport England all working together to promote and grow the women’s game, the first time we have collaborated on developing a grassroots programme for the sport.

“The professional clubs’ brands will attract more players and we know that qualified coaches will deliver top class coaching sessions just where we need them. It’s also a further step for us to try and deliver on the objectives we have set our ourselves over the next five years in delivering the Game Changer strategy.”

Premier League Chief Executive, Richard Scudamore, also said: “The aim of this programme is to increase participation in women and girls’ football, and Premier League clubs are in a unique position to do that. Not only can they attract participants through the power of the badge, but critically, they can deliver a quality coaching experience. Clubs will be able to build on the success of Premier League 4 Sport, which was a trailblazer for Sport England’s satellite club strategy, to get more individuals than ever playing our national game.”

Mike Evans, General Manager of The Football League Trust added:  “We are delighted to be working in partnership with The FA and Sport England on female football development.  A large number of our 72 trusts already deliver women’s and girls’ football to a very high standard, but this additional funding will allow more trusts to get involved, and allow us to service the demand that we know is out there to get more females into the game.”

The FA have established the programme working with all key partners to ensure not only are girls and women encouraged to try the sport but also have a pathway to play the game.

A total of 88 clubs trusts across the country will deliver the sessions through Level 2 qualified coaches with each club delivering programmes and working in tandem with County FA’s, Schools, Colleges and Universities to engage new participants into the game.

The Minister for Sport, Helen Grant, added: “This is great news for women’s football at the grassroots level. It shows what can be achieved by football working together. The Premier League and Football League clubs pull in the community combined with qualified coaches from The FA will make this a great success and get many more young women playing the game.”

Sport England Chief Executive, Jennie Price said: “This is a powerful initiative in which we are pleased to be investing alongside the football authorities. The new programme will not only give many more young women the opportunity to try football, but also receive coaching tailored to their specific needs. “