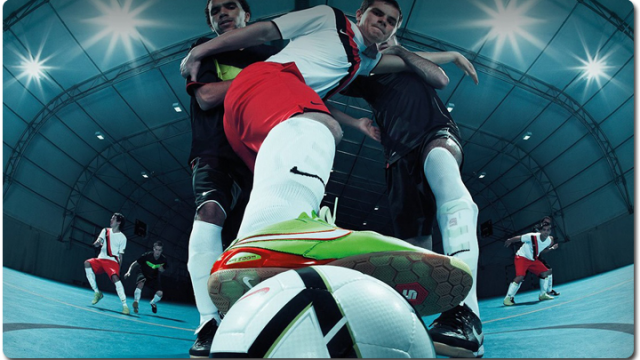 Accrington Stanley’s futsal teams took 4 points from a possible 6 with a victory over Morecambe and a draw with Blackburn Rovers at Leeds Futsal Arena on Wednesday afternoon.

With the first team getting ready for the local derby against Morecambe on Saturday, Stanley’s Futsal A squad showed them just how to do it, with a comprehensive win over Morecambe A in the latest round of Football League Trust Futsal fixtures at the Leeds Arena on Wednesday. It was Morecambe who struck first, with a long range finish after a nervous looking start from Stanley. However, they showed real passion, determination and effort to haul themselves back into the game and then begin to pull away. An equaliser from George Carter and taking the lead through the man of the match Kiko Binns, allowed Stanley to build confidence and show some superb Futsal movement and tactical knowledge. After half time, the lads kept their foot on the gas, adding a few wonderfully precise and expertly taken goals, to keep up their bright start to the season, cementing second place in the A league table and keeping the real hope of National Finals very much alive!

Stanley B: 2 Blackburn Rovers B: 2

In what proved to be a flat and timid local derby, Stanley and Rovers came away with a point each in the latest round of Football League Trust Futsal fixtures on Wednesday afternoon at the Leeds Arena. In what was a fairly quiet start, Rovers took the lead through a cross/come shot, misjudged by the Stanley stopper. However, this seemed to spur Stanley on, with the thought of returning home on the same bus as the Rovers team to a loss, Chris Dwyer showed a cool finish to level the scores. With a tight affair for the duration of the first half, Rovers managed to make the breakthrough with a wonderfully struck goal early in the second. With the clock winding down into the final 10 seconds, and with the A team cheering on, man of the match and ever present Josh Patterson, managed to find a little space and unleash one of his trademarks long range powerful shots into the corner of the Rovers net. The late result means Stanley stay on top of the B league table and remain unbeaten after three games gone.