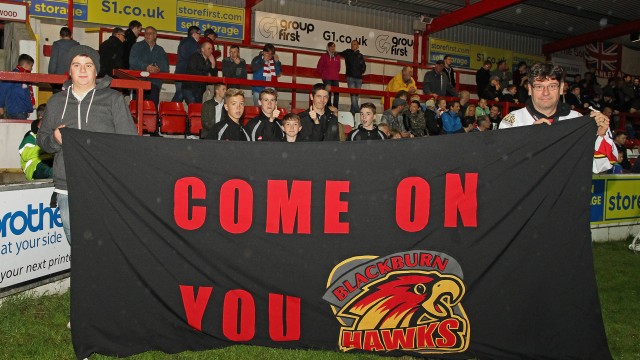 As part of the club’s partnership with the Blackburn Hawks ice hockey team, anyone presenting a Reds’ season ticket at the Blackburn ice arena for the game with Solway Sharks can gain admission free of charge.

A contingent of Hawks supporters were amongst those who came to support Stanley for Fans’ Friday and now they are hoping that Reds’ fans will do the same.

The Hawks are enjoying a fine start to the season and will be looking to continue it in the coming weeks.