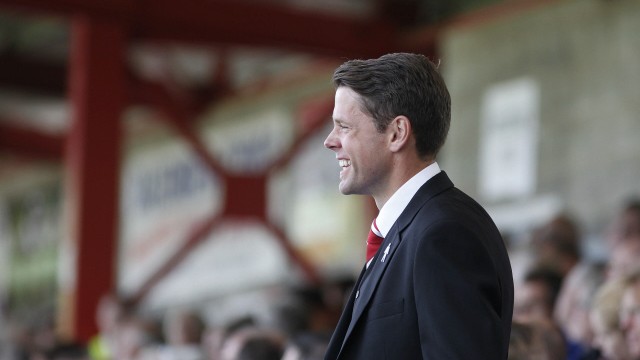 James Beattie is looking at the loan market to give some of his players first team football – and possibly give him the chance to make short term additions.

A number of players remain sidelined by injury ahead of Saturday’s game with Oxford United but with a number close to returning to fitness the manager is keen for others to gain some invaluable experience.

“It’s important for the players who are on the periphery of the squad to go and get games,” he said. “We sit down every week and try and decide who those players are. We’ll need everybody at some stage, as we’ve seen with the injuries this season, and if they are getting games somewhere else then they’ll be ready to step back into the squad.

“That has to be more beneficial for the squad and the club and for the players themselves too. They don’t want to not be playing games at this stage of their careers. I was a player myself, I know how frustrating it is to be on the periphery of the squad and I try to accommodate everybody and keep everybody happy. That’s the manager’s job and up to this point I think I’m doing quite a good job on that but I guess you’ll have to ask the lads!”

Beattie revealed that some temporary departures may allow him to add to his squad ahead of a busy period of matches and that he has a number of targets on his radar.

“I’ve said all along that we are always trying to improve the squad and trying to make us better all the time,” he said. “That’s an ongoing process that never stops. I find myself looking at lists and lists of players wondering if I can call in a favour, can I call someone up and talk them into letting us have one of their players for free!”