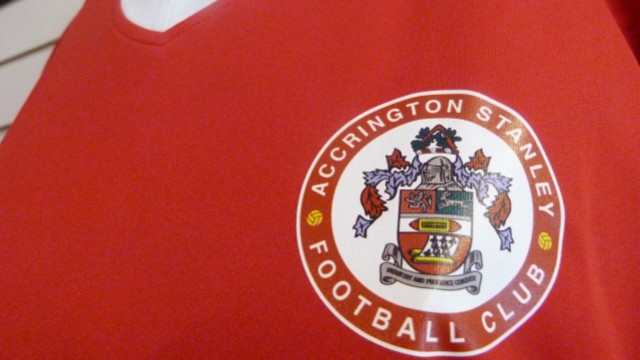 Accrington Stanley youth paid the penalty as they were defeated 1-0 away to Preston North End youth.

A 68th minute spot-kick was the only difference as either side matched up pound for pound.

Sam Livesey had the first chance of the game when he cut inside and fired a shot wide of the Stanley goal inside five minutes.

Jack Ryan smashed a header against the crossbar as he rose to meet Joseph Whittington’s deep cross as the hosts began to increase the pressure on the Stanley back four.

Goalkeeper Keiran Wolland was forced into action when Whittington cut in from the left and fired straight down his throat.

Tyler Forbes found himself in space at the edge of the area and pulled the trigger but Wolland got two strong hands behind it to keep it out.

Sean Holmes was the next to be denied by an inspired Wolland as his shot looked destined for the bottom corner but the Stanley stopper was at full-stretch down to his right to tip around the post.

Forbes’ deflected cross clipped the top of the crossbar on 29 minutes, and Holmes failed to keep his effort down from 15-yards.

Nathan Webb’s pace allowed him to slip away from his marker on the break and slide in Barker but he shot straight at Dalton.

Whittington tried to outsmart Wolland at the front post but the goalkeeper was equal to it, and Jordan Scott headed over the crossbar from four-yards just before half-time.

Six minutes into the second-half Webb latched onto Nathan Hudson’s through ball and with only the ‘keeper to beat he lobbed the ball straight into Dalton’s hands.#

A minute later Max Hazeldine had a volley blocked on the line and Jack Hartley’s follow-up landed wide of the post.

Wolland again denied Forbes as the pair continued their personal battle, and Livesey blasted the rebound over the crossbar.

Winger Hazeldine got to the by-line and crossed to the back post for substitute James Jenkins but it was a little too high for the target man.

Hartley was only a toe away from getting on the end of Hazeldine’s cut-back but Nick Anderton’s last-ditch tackle denied him.

The defining moment arrive on the 67th minute when Hudson was adjudged to have brought down Whittington in the box and the winger picked himself up and sent Wolland the wrong way to open the scoring.

Hazeldine carried the ball from his own half to the edge of the Preston box and fizzed an effort inches past the post.

Downey then fired straight at Dalton, and Wolland had to remain focused to keep out Forbes’ shot deep into added time.