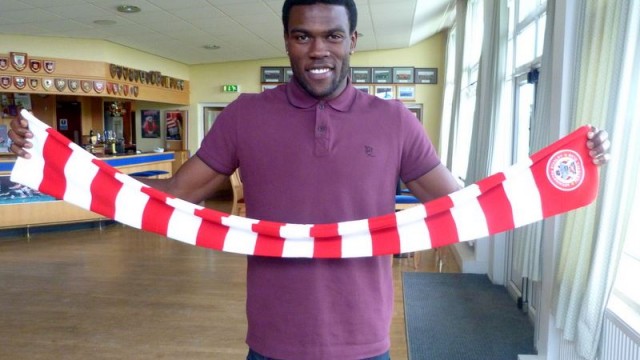 The 31-year-old has signed a three month deal at the Store First Stadium from League One outfit Rotherham United.

Odejayi is a once capped Nigerian international who has also played for Bristol City and Cheltenham Town and famously scored the goal that saw Barnsley knock Chelsea out of the FA Cup in 2008.

“This move could have happened sooner but for whatever reason it didn’t,” said Odejayi. “I’m here now, raring to go and looking forward to getting started.

“I want to come here, get some games and hopefully score some goals and help the club to improve our league position and get as high up the table as possible.”

“We’re delighted to have Kayode in,” said Beattie. “This is something I’ve been working on for two or three months and we were unfortunate not to get him permanently.

“He’s trained with us this morning and he’s exactly what we need, what we have been missing and hopefully he’ll be the missing link to get us going.”