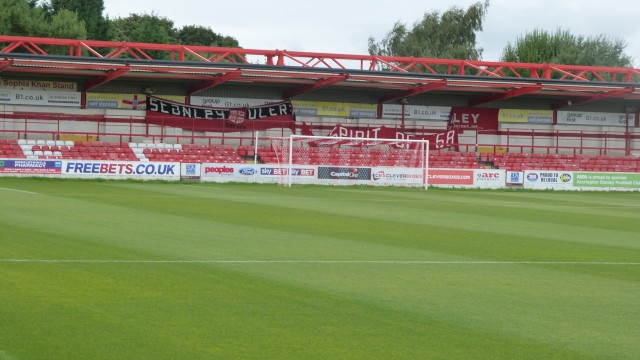 This weekend sees Accrington Stanley’s Youth side take on a seaside team for the second week in a row, this week playing host to Blackpool after an impressive 2-1 away win to Fleetwood last time out.

The travelling Blackpool side currently sit 7th in the table, 4 points ahead of Stanley who climbed to 12th following the win over Fleetwood.  Blackpool have lost only one game in the league so far and come into the game with Stanley on the back of 1-0 and 3-0 wins vs Burnley and Walsall respectively.

A win for Stanley would see them equal their number of wins for the whole of last season and could move them up as high as 8th in the league and bring them only 1 point behind opponents Blackpool.

15 year old Roman Hickey will hope his goal, after coming off the bench against Fleetwood is enough to get himself back into the starting line-up.