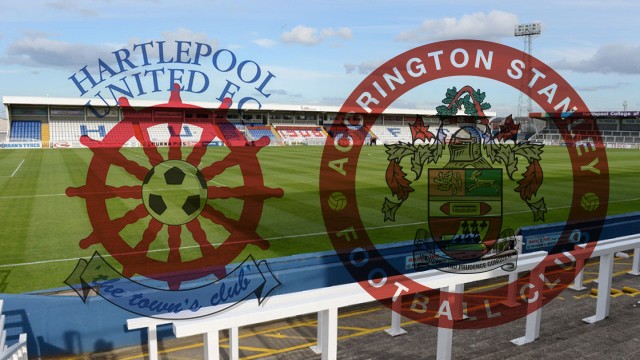 Stanley make the trip to the north east tomorrow to take on Hartlepool United in League Two. As kick off approaches, Chris Forsyth takes a look at all the things you need to know about the opposition.

Cooper could be without young midfielder Brad Walker but Antony Sweeney could return from a calf injury.

James Beattie will give his lengthy list of injured players as much time as possible before deciding who plays. Goalkeeper Ian Dunbavin and defender Michael Liddle have no chance of making it with a number of other longer term absentees also still out.

The squad is bolstered by the return of James Gray from international duty.

Experienced midfielder Monkhouse will be vital to any p

lans Hartlepool have of moving clear of the relegation zone.

The 32 year old started his career at Rotherham United, making 128 appearances and scoring nine goals between 1998 and 2006. Monkhouse then joined Swindon Town in time for the 2006/07 season but moved on loan to Hartlepool after making only 10 appearances.

Monkhouse has spent the remainder of his career at Hartlepool, so far making 267 appearances and scoring 43 goals since joining the club in November 2006.

Hartlepool are 23rd in the League Two table with two points after picking up two draws from their six games.

Stanley remain 24th with a point from the half a dozen games so far.

Colin Cooper’s side are still looking for their first league win of the season and were beaten 2-1 at home to Wycombe last time out.

They have tasted victory in recent weeks though, thrashing Bradford 5-0 in the Johnstone’s Paint Trophy.

Stanley are without a win in seven games following the Capital One Cup victory at Middlesbrough.

Hartlepool have played at Victoria Park throughout their 105 year history. The current capacity of the ground is 7856, however the record attendance was set in 1957, when a crowd of 17,426 watched Hartlepool play Manchester United in the FA Cup Third Round.

In 2005 the club reached the play-off final at The Millennium Stadium, with Sheffield Wednesday winning 4-2 after extra time, denying Hartlepool the chance of promotion to the Championship. In 2006 the club was then relegated to League Two, but made an instant return to League One after winning automatic promotion. The club were then relegated back to League Two at the end of last

Former England international Cooper is in his first full time managerial position, taking over at the club this summer. He has previous experience as a caretaker manager at Middlesbrough and Bradford City, however he only managed two matches and one match respectively.

The 46 year old former defender had a successful playing career, making over 600 appearances for Middlesbrough, Milwall, Nottingham Forest and Sunderland.

THE MAN IN THE MIDDLE

Stanley supporters can purchase tickets in advance – and save up to £5 in the process.