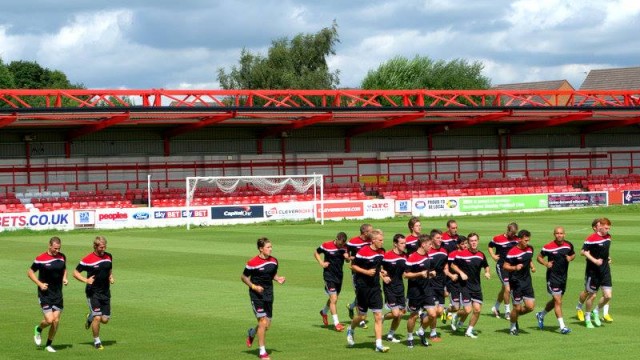 Accrington Stanley picked up their first point of the season in a 2-2 draw against Portsmouth in the early kick off at the Store First Stadium.

Man of the Match Peter Murphy bagged a brace in an entertaining match that should have seen more than four goals.

The Reds could have been a goal up inside the first minute, with Marcus Carver heading agonisingly wide of the front post.

Former Preston striker Patrick Agyemang should have bagged a brace for the visitors in the first half. The striker missed a gilt edged chance from six yards on 25 minutes and was denied by Accrington keeper Ian Dunbavin.